Henderson celebrates the legacy of professional baseball in a symmetrical mirrored composition of the iconic contours of members of both the White Sox and the historic Negro League (who played their East-West All Star games at Comisky Park). In the lower panels, central figure(s) Jackie Robinson’s arm extends into the upper panels representing his ‘breaking of the color line’- ending segregation in the major leagues. The imagery in the upper panels reflects this change over decades in its patterning of the diversity of these White Sox ‘greats’. 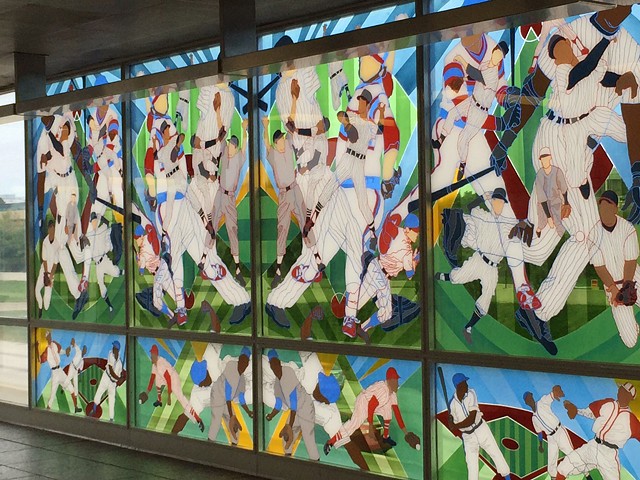