In the lower panels, central figure(s) Jackie Robinson’s arm extends into the upper panels representing his ‘breaking of the color line’- ending segregation in the major leagues.

The upper panels reflect change over decades in its patterning of the diversity of White Sox ‘greats’. 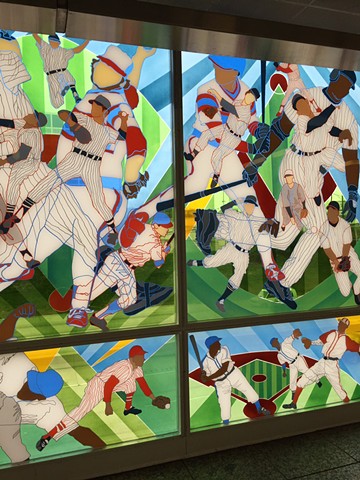